In a blogpost that mom Virginia published in 2012 at the age of 87, our Mom, Momma, Mother, Memaw, and Daddy's Honey said it best about getting older:

I've discovered that you go through life thinking every day is a good day, Then you see a few grey hairs show up in your beautiful blonde hair. Then a few tired lines show up around your eyes and the corner of your mouth. That's not so bad as when you notice you've gained a little too much weight, now its time to do something about that. You start a little diet to get rid of the bulge, but that doesn't last long. You've got to eat something because you feel empty inside. So much for the diet, it went out the window.

Next thing you know your eyes are giving you trouble. You can't see as well as you used to. Thank goodness your new reading glasses work really well. You can thread a needle again. Then you find out from the doctor that your blood pressure is way too high. Thank goodness again for the medication that makes it get back to normal. Everything is going to be OK now. I'm over the hump.

Sounds like it's gonna be easy going from now on. So I thought. It was nice doing all the things I loved to do. I went places and did things I'd always wanted to do. What fun, that is until I had trouble with my back and had to have surgery. Now it's down hill all the way.

Now let's get serious. This past year is trying to do me in. I was diagnosed as having Dermatomyositis, an idiopathic, cell-medicated, inflammatory disease of the skin and muscles. It's a miserable disease that has no cure, and the treatment can cause all kinds of bad things to a person. I spent all morning today getting my eyes checked for cataracts. I was having trouble reading fine print. Guess what? My next thing to do is have these cataracts removed. I'm not giving up yet. I've got a long way to go yet." Virginia Darline Ridge Chapman (1925-2015)

This isn’t my first rodeo (oops,Quarantine)🙄

One of my great nephews calls it “corn team.” Not sure about the corn part, but being on the team has definitely been an important segment of this universal quarantine. I have never done a good job of being a team player, but for the last almost half year I have done my best. So well, in fact, that I am experiencing a “burn out” or something like that .

For most of the last few months, I thought how weird it was to keep a social distance. But then again, I am not so terribly social, so that part was extremely easy. But lately I started thinking about what this quarantine thing was really all about. And I realized that exactly 50 years ago this summer I also spent over four months in quarantine. Lockdown is probably a better word for what I endured.

Oh, I was not ill, nor was I afraid of contracting a novel disease. I was off in lockdown at the Methodist Home Hospital in New Orleans because of what had happened to me and its result, which was not socially accepted in the summer of 1970. From sometime in June (probably before my 22nd birthday) until the first week in October, I was quarantined in a surrounding that was new to me and to the other young women who were staying there with me. That was a time before cellphones, personal computers, iPads, and Facetime. Actually, it was even before color television. So that is how boring life actually was.

I have already written all that I can remember about my stay at the MHH, but after realizing that that stay was a kind of quarantine, it has given it a whole different significance to that time in my long life. I made it through that (sometimes) darkness. Those who knew about my 1970’s quarantine may have had more problems with it than I did. I knew that was what I had to do, just as I know that I have to self-quarantine today. There was an end to that lockdown back then, just as there will eventually be an end to the one today fifty summers later. I have hope, just as I am sure that I did then. Hope that those that I love and care for will come out on the other side of this quarantine and be grateful for the good life that we are given on this earth. And to make the best of every moment we have for the rest of our lives. Or at least until the next quarantine.

Sometimes it is okay to remember those who fought the fight but came back home. As I know of no one on any sides of my family who died while serving their country, today I am remembering those that survived.
Over the weekend I found my paternal grandfather’s draft registration. Not in my collection of family ephemera, but on the World Wide Web. I actually found it several years ago, but I did not stop to read it.  This time I noticed that JAC was 33 years old when he registered on September 12, 1918. As I know that WWI ended on November 11, 1918, I then searched the Internet to discover why he had signed up so late in the war. Simple answer was that my grandad (a young farmer and father of six children😳) was drafted. September 12 was the final date of the draft for all American men from age 18-45.  If he had not registered, he would have been labeled a “slacker” and perhaps even detained.
Now the question is: What did my grandfather do after this? As far as I know, nothing. Five years later my own father was born as child number nine. And my dad and several brothers served our military services during WWII, but they all survived.
That is why today I remember not only those who gave their lives for our country, but I also cherish the lives of those that came back alive. 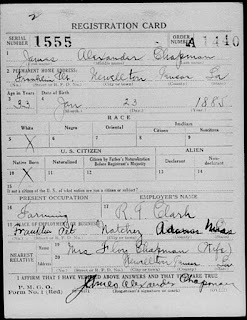 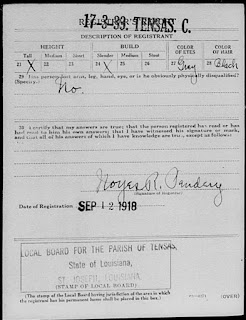 When I started this blog back in 2012, I never ever intended it to be political. Times have changed, and so have I. 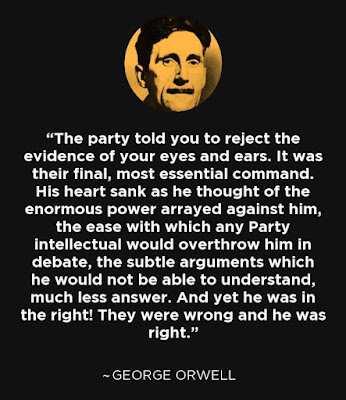 Where We Were At 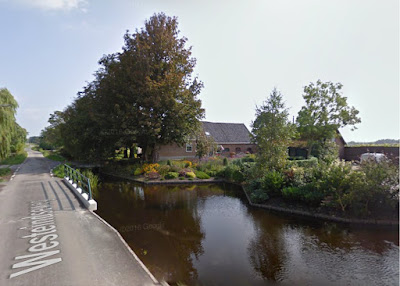 Living the country life has been our life since 1988. And keeping up property has never been an easy task for either of us city folks. My Dutch husband lived and studied in Rotterdam, one of the largest harbors in the world, and I came from a 40,000 population Louisiana city to join him in 1979. Almost 10 years later we bought a really old Dutch farmhouse and took on the task of renovating it into our home for the three of us. Most of the reno was done by “professionals” using our plans, but the job took about eight years of our lives and much of our salaries and our nerves to complete. When we (it) were finished, we were proud and content that we had done what we could to preserve a piece of Dutch history and make a home that we thought would be our “forever”home. Of course, we added our special color schemes and updated insulation standards to meet most needs, but we left much of the character and charm of a Dutch farmhouse from a whole other time period.When we moved into the farmhouse, the house was connected to the animal/cow stall and actually still housed a few cows until the farmer could move them to their new dwelling on the other side of the village Zoeterwoude . We left the house connected that way, but we gutted the stall (stinky😷) and transformed it into our great room. The working farmer who sold the one acre plot and farmhouse and sheds to us had lived there with his wife and three children and many cows.They had only one toilet which was located in the hall connecting the stall with the house, and there was only one shower stall next door to that. That was it for bathrooms! Downstairs there was a small kitchen with meagre appliances and a cramped space for a table and chairs, a minuscule living room, a “master”🙄 bedroom and a very tiny bedroom and closet. In the beginning the tight space was quite cozy, but we jumped right in and started making changes. One of the first things we did was to add a complete bathroom upstairs, since there were three tiny bedrooms up there situated over the living quarters downstairs. Even though we had to climb up a very steep and narrow wooden staircase to get up to those bedrooms, at least we had room for storage and the occasional visitor.Also, another upgrade was a heating system in the house. The large space heater in the tiny living room just did not keep out the damp and cold. When the new heating apparatus got going, then the house began drying out. And so did the stink. Or maybe I just got used to it.🤷🏼‍♀️ Linda
Posted by Linda at 12:33 PM 3 comments:

Recently I came across a newspaper article about “ drug babies.” I am sure that there are kinder words used to describe babies of mothers (and even fathers) who used drugs before and during pregnancy. But as a non-smoker, usually teetotaler, and a non-pill popper, I will perhaps be humanely incorrect and write about my first awareness of “drug babies.”

As a resident and an assistant to the nurse in the Methodist Home Hospital in the summer of 1970, I often overheard conversations about the health of resident mothers and even of their babies. One situation comes to my mind after all these almost 50 years of a very young mother who gave birth to a child that summer. The nurse casually mentioned that the mother had been on drugs, which I just assumed was marijuana. That was about as much as I as a north Louisiana girl knew about drug use. Anyway, the nurse seemed more concerned about the newborn baby, since the child showed definite signs of drug withdrawal. I remember that she said that the child twitched and seemed very irritated and nervous.

I still don’t know too much about drug abuse and pregnancy, but I have the feeling that there must be more incidences of adoption of babies with “hidden issues” than we will ever know.

If all people come out and say that they have all done it, does that make it okay (right, normal, accepted, forgiven, legal, permitted, mo...